Predictions about Cryptocurrencies in 2018

Thanks to the meteoric rise of the value of bitcoin in the last few weeks of December 2017, the
world has literally woken up to “significance” of the digital currencies. In fact, it took us back
straight to the Jerry Brito’s claims regarding digital currencies. Brito, the founding executive
director of the nonprofit Coin Center, opined that the digital currencies themselves and the
technologies backing them – do have the power to reshape world economy at large.

Today, in the course of the post, we will go on to unravel the major predictions about
cryptocurrencies – especially bitcoins. Do read on in order to unravel.

The industry will be more regulated

It has been predicted that regulators will beef up efforts to limit speculation. The U.S. Securities
and Exchange Commission, for instance, has lately been very careful about warning investors
against the arbitrary investments (i.e. for example, they should not really invest in
cryptocurrencies just because bitcoins had gained massive momentum in the end of 2017).

According to CoinMarket Cap, besides bitcoins, there are other smaller cryptocurrencies that
have performed well to bring the total value of digital currencies to more than $770 billion. It has
been opined that certain actions by regulators can halt these gains. This is the reason why
China’s crackdown on digital currencies actually led to the significant decrease in bitcoin’s value
in the month of September 2017. Some have even warned that even in 2018, cryptofunds will not
really be ready to deal with the monthly decline of 25%. However, Lex Sokolin global director
of fintech strategy has quite a different view to offer. He predicts that the total number of
cryptofunds will actually increase to 500 (almost triple) this year!

Ethereum is going to Emerge Strong

This remains one of the altcoins that experts think has the potential to surpass the Bitcoin Market
Cap in the near future and there are solid reasons to believe the same as well. Etheruem was
actually started in the year 2013 and it achieved 40x growth over the last two years!! That’s
massive!

The platform runs on a decentralized network and functions without brooking the possibilities of
fraud, downtime or third party interference. Since this altcoin allows the creation of smart
contract, many developers are busy working on apps that optimize the benefit of this feature. It
has been repeatedly iterated that if there is one altcoin which is going to make it big in the near
future then it has got to be Ethereum. It has already experienced 1000% growth in the recent past
and it is tipped to register equally promising similar growth in the next two years – as is believed
by the experts.

Bitcoin will get stronger “institutional” recognition

It has been opined that there will be definite increase in the number of institutional leveled
investment products associated with bitcoins. Michael Graham, analyst from Canccord Genuity
has revealed that the institutional investor base is specifically interested in securing stronger
exposure to digital currencies. Then, analysts also expect that regulators will actually approve of
bitcoin-exchange traded fund in the second quarter of 2018 or the beginning of 2019.

New cryptocurrencies to watch in 2018

What are the advantages of ripple 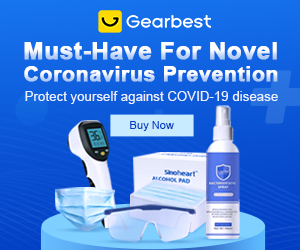 Must-Have For Novel Coronavirus Prevention
Copyright © 2020. All Rights Reserved. FX Trade Online | Flytonic Theme by Flytonic.
This website uses cookies to improve your experience. We'll assume you're ok with this, but you can opt-out if you wish.Accept Read More
Privacy & Cookies Policy
Necessary Always Enabled