September 9, 2013 Posted in Bitcoin Trading by admin • No Comments

Bitcoin (code: XBT or BTC), a crypto-currency based on a cryptographic protocol, is an electronic cash system not dependent on any central authority. Introduced in 2008 by Satoshi Nakamoto, a pseudonymous developer, Bitcoins are transferable through a smartphone or computer without an intermediary financial institution.

The Processing of Bitcoin Transactions and the Upper Limit of Bitcoins
Bitcoin Miners, servers securing Bitcoin trading transactions, communicate across an internet-based network. Bitcoin Miners validate transactions by including them in a ledger. This ledger is updated and archived periodically employing advanced peer-to-peer file sharing technology. Besides archiving transactions, every new ledger update automatically creates newly minted bitcoins. The total number of new bitcoins minted is halved every 4 years. The maximum of 21 million bitcoins is expected to be reached in the year 2140. No more bitcoins will be minted when this upper limit of 21 million is reached. Each bitcoin is further subdivided down to eight decimals. This subdivision results in the formation of 100 million tiny units named satoshis.

The Advantages of Bitcoin Trading:

Traders Can Profit Due to the Constantly Fluctuating Bitcoin Rate
Since bitcoin values are prone to wild intraday swings, traders can book huge profits. Considering that bitcoins are traded worldwide, and Bitcoin mobile trading facility is available to traders, bitcoin transactions are easy and fast.

The Disadvantages of Bitcoin Trading:

Trading in bitcoin or any other currency is certainly a risky proposition. Listed below are some of the disadvantages of bitcoin trading.

Governments May Ban or Regulate Bitcoin
Governments of some nations may ban or regulate the use of bitcoin as a currency due to its use by unscrupulous people. Though the possibility of this happening seems remote, there is a slight chance that some governments may adopt this draconian measure. The biggest fear for bitcoin traders is the attempt by regulators to restrict its use.

Another Crypto-Currency Might Outperform Bitcoin
Many crypto-currencies have tried to surpass bitcoin in the past and failed. However, there is a possibility of some other crypto-currency surpassing the bitcoin in future. If this happens, the value of bitcoins may erode suddenly, and they may become worthless. If such an event comes to pass, traders stand to lose heavily.

The Domino Effect of Fear
For a new currency like bitcoin, any bearish price action can lead to further panic selling by traders due to the domino effect of fear. Buyers of bitcoin may opt to cash out during these bearish price actions leading to unrealistic price drops. During these times, traders stand to lose heavily.

Summary
Bitcoins are easy to buy and sell in most countries of the world. Additionally, bitcoins can be traded on the exchange and are easily transferable. Many traders find bitcoin trading more profitable than trading in gold. 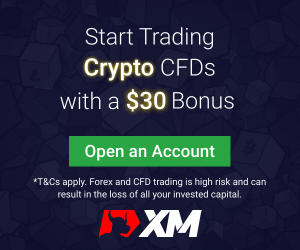